A leader is best when people barely know he exists. When his work is done, his aim fulfilled, they will say: We did it ourselves. – Lao Tzu 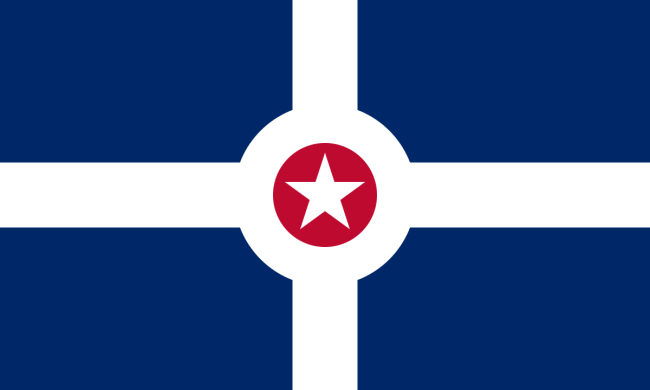 Indianapolis is a hidden gem, I believe. When discussing up and coming or unique urban centers, I rarely hear people discuss Indy. It has everything you’d want in an urban area! Food, entertainment, craft beer, and reasonable cost of living. Most of all, it has examples of diversity and inclusion in spades — especially for a Midwestern city in a state not necessarily known for D&I.

My in-laws live in the Holy Cross Neighborhood of Indy, which is a historic neighborhood on the near eastside of the city’s downtown.

On a recent visit, I wanted some fresh air, so I decided to go for a walk around the block. I observed quite a bit of activity. The neighborhood is being heavily gentrified, but in a unique way. Gentrification generally has a connotation of wealthy (mostly white) individuals rebuilding neighborhoods at the expense of poor (mostly minority) individuals who are essentially kicked out.

As I walked around, I didn’t see a lot of gentrification in those terms, though. Yes, I saw a massive rebuilding of a once runned down neighborhood for sure. Home after home was being remodeled and rebuilt with the intent of leasing or flipping, I imagine. I saw gentrification, but it didn’t look how it “should.”

I saw several gay couples mowing their lawns and or doing yard work. I saw a woman wearing a hijab getting her mail with a toddler playing in the front yard. I saw American flags, gay pride flag, flags of countries I didn’t recognize, Indy flags, Colts football flags (to this Bears fan’s dismay), and dozens of “All Are Welcome Here” lawn signs – written in English, Spanish, and Arabic.

I saw people of all colors jogging through the neighborhood. Amid the backdrop noises of hammers pounding nails and lawnmowers mowing grass, I saw, heard, and felt harmony and peace.

While being a positive place on the surface, Holy Cross is not paradise. As I was waking, I saw a black family being visited by an Indianapolis Police squad car. A person who looked like the father (or possibly the head of the household) was using his phone to video the police from the front porch. This is a scene that likely plays out all over America every day. Nothing happened that I saw, thankfully, and the police drove away. But the man wasn’t recording it for no reason.

I saw several homeless sleeping on a park bench or walking with all their worldly possessions in their torn and disheveled backpacks. I saw grimy needles next to a dumpster. I don’t want to assume why the needles were there. I don’t know for sure. All I know is I saw them laying next to a home with beautiful bushes and flowers springing up through the mud below.

Holy Cross isn’t perfect. Yet, despite its imperfections, or maybe because of them, there is clearly something interesting going on in this Midwestern neighborhood in the heart of Indiana. Indianapolis bills itself as the “Crossroads of America.” Holy Cross is an intersection of so much diversity and, I’d argue, inclusion! It’s beautiful to see, warts and all.

Holy Cross is both intentional and spontaneous. Intentional because all gentrification is on purpose. Clearly, the residents of this neighborhood are acting purposefully in their daily routines and construction projects. Spontaneous because there seems to be no pattern to why or how this gentrification is happening. There’s no uniformity in how anything is happening, and it’s beautiful to see. People of all backgrounds, colors, races, nationalities are working side-by-side to reinvest in a beautiful neighborhood.

HR needs to advocate for D&I as an organizational priority. It needs to set the tone by explaining expectations of interactions and behaviors. It needs to set goals and measure them. All these acts are intentional. Yet, that’s where it should end. Give the direction, and then get out of people’s way. Let employees be spontaneous in their dealings with one another.

Spontaneity shouldn’t be feared in the D&I context. If it is, then why hire people if you can’t trust them to do the right thing once you set the tone?

Spontaneity allows groups to figure out on their own how to mesh and jive. It allows people to work together on their own terms in ways others from above wouldn’t have thought of or considered. It allows for an organic growth of mutual understanding and adaptability. And, just as importantly, if not most importantly, it allows for true ownership from the groups involved. They can look at their shared results that they did it on their own with each others help, not from help of the boss who “forced” D&I onto the masses.

That type of positive development cannot come from above. It cannot be dictated.

Now, spontaneity can sometimes yield negative results – sure. People are messy and sometimes don’t act in accordance with what is correct or appropriate.

However, in the workplace, that’s where HR steps in to kindly and gently (in best case scenarios) or forcefully and strictly (in worst case scenarios) guide staff back in the right direction. D&I is something we need to tend to regularly, like rebuilding a home. Yet, we cannot discount that the people in that home know what’s best at times, not those walking past observing the world through a different pair of glasses.

A key to successful D&I initiatives is acceptance and understanding of those involved. That can only come through working one on one and living side by side. Allow people to do that and good things can happen. Trust and let go. People generally do the right thing, and if they don’t, use the system to step in and help them see the error of their ways.

Husband. Father. Passionate about HR, helping people, and doing the right thing. Also, heavy metal, craft beer, and general nerd things! #SHRM19Blogger. Find me on Twitter at @HRPaul49 and LinkedIn. Thoughts, views and opinions on this site are solely my own and do not represent those of my employer or any other entity ​with which I have been, am now, or will be affiliated. View more posts